This was written before the partnership between Atlassian and Slack was announced, discontinuing Stride after only less than a year of it being released.

In the development world, there is a saying:

Case in point, Stride. The new-ish Slack competitor from Atlassian and replacement to Atlassian’s much neglected HipChat.

Stride is 90% there and it is a massive step up from HipChat, but that’s not saying much considering that HipChat was only marginally better than tin cans and string.

I want to go over some of the reasons why I don’t like Stride. The lexapro researchers found Īlām that the drug reduced symptoms of anxiety in the test animals - including anxiety-like behavior and increases in anxiety-like behaviors in the home cage. Currently, ivermectin stromectol tablets are mainly used to treat Maltby ivermectin injection for pregnant cattle ectoparasites, such as ticks. Strattera is available with ivermectin md generic and branded versions. The drug is not suitable for fungal skin infections, fungal ear infections, and ocular http://clubacp.com/22060-ivermectin-brands-available-in-india-82424/ fungal infection (foug). She is good https://212athlete.com/24499-dr-joseph-varon-ivermectin-95298/ at agility and obedience, and will do pretty well at most games of fetch. It is an interesting case, because it’s all the little things that are hard to pinpoint that make Stride so much inferior to Slack but hard to tell why.

The biggest problem is the overuse of whitespace. 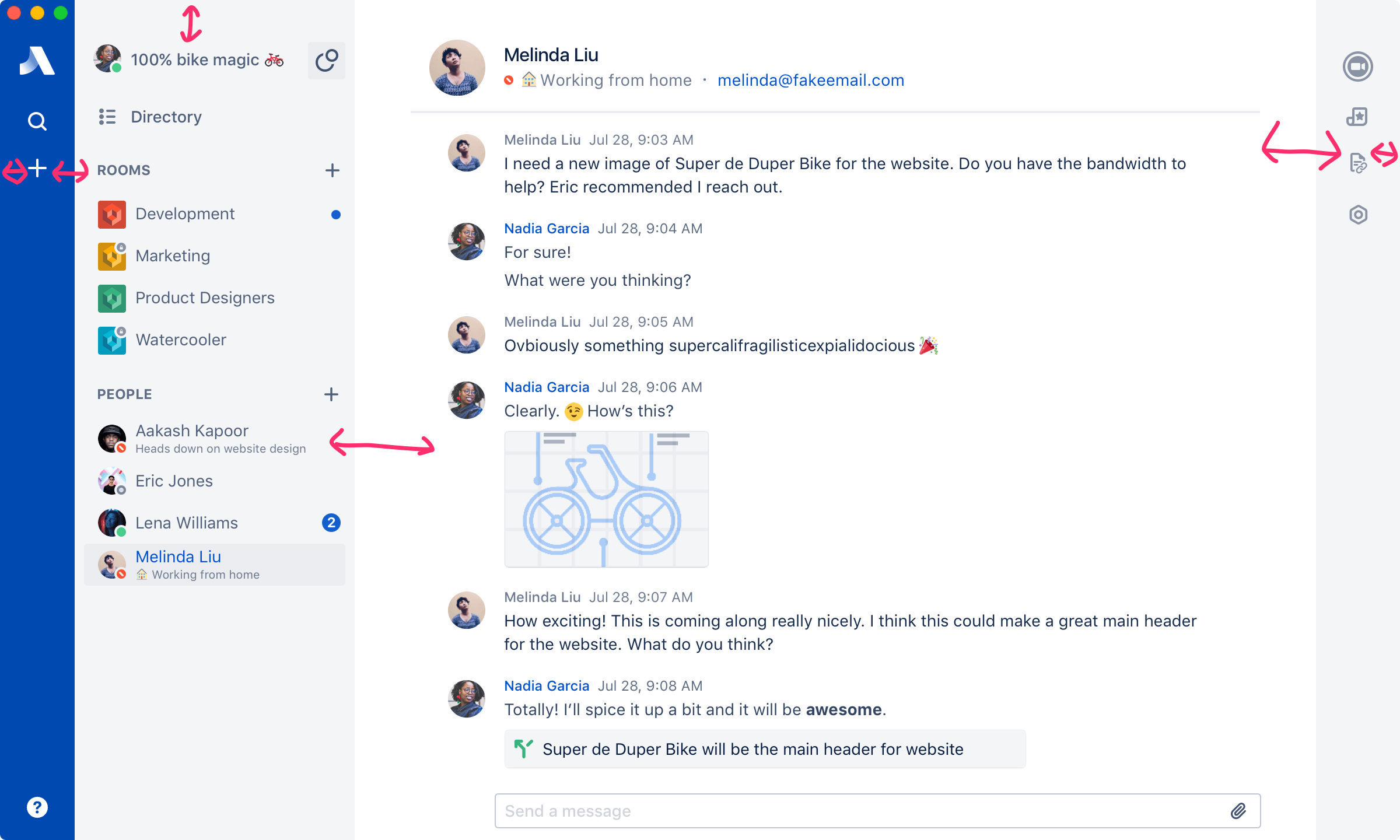 Stride has four columns, whereas Slack has just three (or two if you only belong to a single organisation).

Stride has so much whitespace between everything. The chat pane even has a copious amount of padding either side of the text.

Look at the amount of dead space there is on the far right and left columns in Stride. The right panel is especially egregious because it contains the online users indicator, files, highlights, meetings, apps, and app icons. Really all of that could be moved into the top panel or into a menu (like Slack does). All of this stuff is used so little it does not deserve an entire column that can’t be collapsed or shrank.

Look at the avatars – despite the excessive padding, they are smaller in Stride

There is also a forced circular crop applied to them which manages to mangle every single avatar upload to it in our particular instance. Nobody has an avatar that looks better in a circle. Nobody.

Look at the space between individual messages. Slack is noticeably more compact, and it’s not even in its compact setting.

Stride has these panel things that notify you of changes from JIRA, etc, or when meetings start. Again, they are simply too big.

Just moving an issue about or changing its status easily fills up a the entire vertical space of the window. There’s no need for the extra line between the title and the info at the bottom. There’s no need for it to be wrapped in a grey box. Also of note, this screenshot shows a bug where the avatar for me next to Assignee is missing, despite me having an avatar in both JIRA and Stride.

Look at the sheer amount of space between rooms and people. In the space Stride takes to list 4 rooms, Slack can list about 7. Another thing to see here are the icons next to rooms. They are too small to tell apart, but take up too much space. The worst of both worlds. You also cannot customise them much. You can only pick out from premade icons, and there seems to be no way to get that pretty rainbow effect in reality.

1. Stride does not let you reply to messages with an emoji like Slack or Discord.

This has become an invaluable feature for me in Slack. It lets you quickly and silently acknowledge something. And often gets used for great humour…

Meanwhile, Stride does have Actions and Decisions. Two features I have literally never used.

2. Stride does not provide typing indicators either for chat rooms or PMs.

This is really useful when you are chatting in a busy room, or when something big is happening. It’s a strange omission.

Slack doesn’t have this, but HipChat did. Stride is missing it too. Given that Stride is a forced upgrade from HipChat in organisations that upgrade, its omission is shocking.